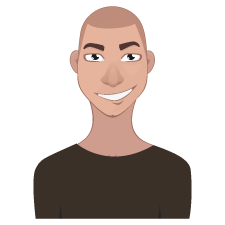 I live in the desert, so it is crucial to maintain my air conditioning system. A few slip ups might mean that I have to survive in almost intolerable heat, which is why I have HVAC down to a science. I keep all of my HVAC chores on a schedule, and it is amazing to see how much better my air conditioner runs. This blog is all about improving your HVAC system by learning how to take good care of it. You never know, you might be able to completely change your home's environment just by making a few simple changes.

The furnace blower assembly consists of the a motor hooked up to a fan, which is what pushes the warm air through the ducts and into your home's living spaces. A failing blower won't heat your home efficiently, which leads to both discomfort and higher energy costs. The following are signs that your blower may be failing.

Your blower assembly should make no noise except for a gentle background hum when it is running. An older furnace may have a belt-driven motor, which can produce a large squealing sound if the belt begins to fail. Replacing the belt ensures you won't have any blower issues. Squeals can also occur if the bearings in the fan need to be lubricated or replaced. Another troublesome noise that can come from the blower is banging sounds. Bangs are usually the result of fan damage, which can often be repaired if caught early.

A failing blower simply doesn't have the power to push the air well through the ducts, so you may start to notice poor airflow from the vents in your home. Often, the airflow is better in rooms closer to the furnace since the warm air has less distance to travel, but then it gets worse in the rooms furthest from the furnace. The cause is often a failing motor, which may need replaced. A repair service can inspect the blower to determine if it is the cause.

Burning odors can sometimes come through the vents when you turn on the furnace for the first time in the fall due to the dust in the ducts heating up, but the odor should pass quickly and not return. If a burning odor occurs that won't fade until the furnace shuts down, the motor may be experiencing an electrical short or a friction issue due to a broken part. Shut down the furnace until it can be inspected by a repair service since electrical issues can pose a fire danger.

If your furnace starts shutting down before it completes its cycle, the blower motor may be overheating. Shutdowns often accompany other issues, like burning odors and odd sounds, but they can also happen without any other blower failure symptoms. Turn off the furnace until it can be inspected by a repair technician so that no further damage happens.

Contact a furnace repair company if you suspect a problem with your blower motor.